To share your memory on the wall of Denver Houser, sign in using one of the following options:

A receipt has been emailed to the address provided. A receipt may also be printed.

Mr. Houser was preceded in death by his parents, J. Millard Houser and Sudie; his wife Charlene Houser in 2019; a son Greg Houser; brothers John Houser and J.D. Houser and sisters Geneva Houser and Jean Hamilton. He is survived by his daughter, Tina Bowery and husband Tony; brothers, Allen Houser and Lynn Houser; two grandchildren, Grace Bowery Saylor and Chase Bowery and several nieces and nephews.

To send flowers to the family or plant a tree in memory of Denver Powell Houser, please visit our Heartfelt Sympathies Store.

We encourage you to share your most beloved memories of Denver here, so that the family and other loved ones can always see it. You can upload cherished photographs, or share your favorite stories, and can even comment on those shared by others.

Larry Houser and Rebekah and Megan sent flowers to the family of Denver Powell Houser.
Show you care by sending flowers

Posted Feb 23, 2021 at 01:29pm
Our thoughts and prayers are with you and your family. Our Love, Freddie Hamilton; James, Sandra , Angie Overbay and Brenda Jenkins

Flowers were purchased and a memorial tree planted for the family of Denver Houser. Send Flowers

Blooming Garden Basket was purchased and planted a memorial tree for the family of Denver Houser. Send Flowers

Posted Feb 23, 2021 at 01:33am
We miss Denver and cherish his loving memories. Denver has a special place in our hearts. To Tina and her family we love you so much. May you have the strength to endure the loss you are feeling. With love, Larry and Patty Houser
Comment Share
Share via:
LH

Posted Feb 23, 2021 at 12:06am
Denver will remain in our hearts forever. Larry and Patty Houser, Gary Houser, Missy and David Jacobs, Kim Woodward and all our families Peace, Love

Posted Feb 22, 2021 at 07:55pm
To one of the sweetest and caring men I knew. Thank you for treating me like your own. I love you and already miss you so much, Love Chrissy.

Flowers were purchased for the family of Denver Houser. Send Flowers 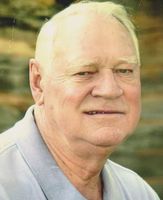