To share your memory on the wall of Dorothy Sykes, sign in using one of the following options:

A receipt has been emailed to the address provided. A receipt may also be printed.

“Dot” passed away peacefully and went to be with the Lord at her home on the morning of December 30, 2020 surrounded by family.
She was born in Inman, Wise County, Virginia on August 26, 1931. She lived... Read More
Dorothy “Dot” Sykes

“Dot” passed away peacefully and went to be with the Lord at her home on the morning of December 30, 2020 surrounded by family.
She was born in Inman, Wise County, Virginia on August 26, 1931. She lived most of her life in Kingsport, TN in the Indian Springs Community.
She was a member of West View Baptist Church; she actively attended Belvue Christian Church for the past several years.
“Dot” was the daughter of the late John David and Anna Lee Stidham Miller. She was also the step-daughter of the late Stella Thompson Miller.
In addition to her parents, “Dot” was preceded in death by her husband Harry Sykes, sisters; Edith Clark, Evelyn Clark and Elizabeth Trussell; brothers; William Miller, Lloyd Miller, Worley Miller and Ronald Miller.
She is survived by her brother John “Jay” Miller, her daughters Debbie McCoy & Donnie, Becky Riley, two granddaughters Whitney Miller & Dean, Kelly Stophel & Tate and one great-granddaughter Charlie Kate Stophel, along with several sister-in-law’s, brother-in-law’s, nieces and nephews.
She graduated from Blountville High School in 1951. She was very active in sports there, thus was voted most athletic and also the wittiest.
Upon graduation she worked for United Telephone Company as an operator. She also played softball and basketball many years in the Eastman leagues.
The family would like to send a special thank you to loving care giver Jean Culbertson, and “Dot’s” nurse Sarah Vanover from Avalon Hospice.
Family and friends are welcome to attend a graveside memorial service Saturday January 2, 2021 at 1:00 pm in the East Tennessee Cemetery, Blountville, with Minister Dr. John Owston officiating.

Pallbearers will be family members.

To send flowers to the family or plant a tree in memory of Dorothy "Dot" Sykes, please visit our Heartfelt Sympathies Store.

We encourage you to share your most beloved memories of Dorothy here, so that the family and other loved ones can always see it. You can upload cherished photographs, or share your favorite stories, and can even comment on those shared by others.

Karen, Brenda, Allan and Gail sent flowers to the family of Dorothy "Dot" Sykes.
Show you care by sending flowers

Posted Jan 01, 2021 at 08:48pm
Our thoughts and prayers are with you and your family. Dot wasn't only our neighbor but she was family. Our deepest condolences.

Karen, Brenda, Allan and Gail purchased the Love Everlasting Bouquet and planted a memorial tree for the family of Dorothy Sykes. Send Flowers

Posted Jan 01, 2021 at 07:30pm
I remember my first meeting with Dot. I had found a sister, whom I thought was lost. I loved her. In my heart, sisters forever.
Comment Share
Share via:
JW

Posted Dec 31, 2020 at 03:04pm
Becky and Debbie sorry to here about this . when I was younger growing up I remember how she loved playing basketball . she was special. She home with Lord now no more trouble s and trials. Love you all. Becky call Debbie or me sometime. If you all need anything you no we be there. 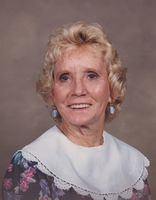