To share your memory on the wall of Samuel Burke, sign in using one of the following options:

To send flowers to the family or plant a tree in memory of Samuel Lewis ""Sam"" Burke, please visit our Heartfelt Sympathies Store.

We encourage you to share your most beloved memories of Samuel here, so that the family and other loved ones can always see it. You can upload cherished photographs, or share your favorite stories, and can even comment on those shared by others.

The Wakefield and Associates Family

3 trees were planted in the memory of Samuel Burke

Posted Jun 25, 2020 at 01:48pm
Please accept our condolences, you are in our thoughts and prayers. Let us know if we can help you in any way.

Posted Jun 24, 2020 at 06:47pm
Our deepest sympathies to your family. Sam was a beloved member of our team at Citi but also a good friend to each of us. We will dearly miss him.

Posted Jun 24, 2020 at 12:38pm
To Sam's family - Sam's many friends at Citi extend to you our deepest sympathy for the loss of our friend Sam Burke. You are in our hearts & prayers.

Flowers were purchased for the family of Samuel Burke. Send Flowers 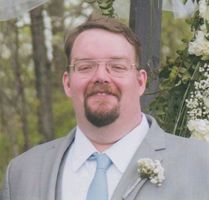